ONLY ON 7: Officer hailed as hero after dispute involving gun in SE D.C. (WATCH) 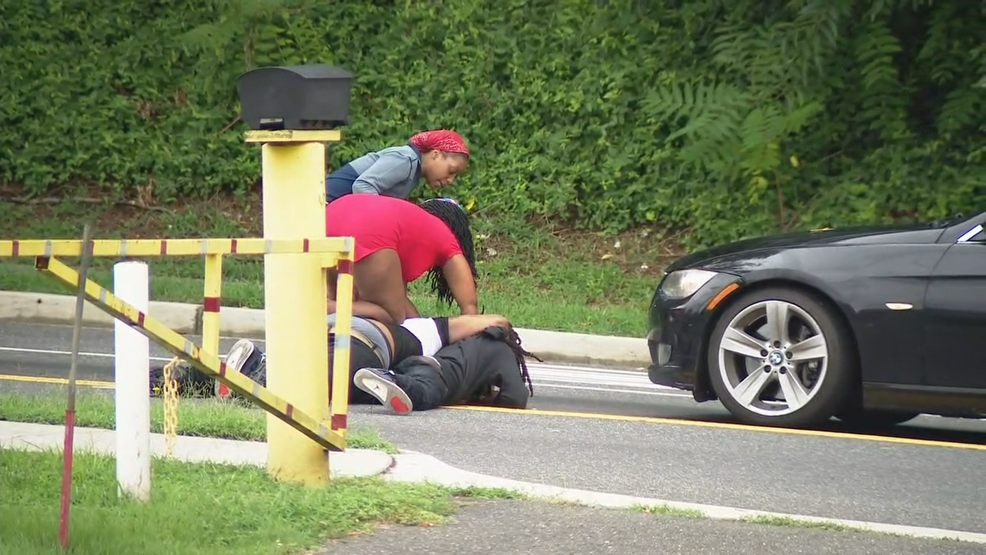 ABC7's cameras were rolling at the intersection of Branch Avenue and Southern Avenue near the D.C./Prince George's County line on Tuesday as a fender bender turned into a fist fight in the middle of the street. (ABC7)

ABC7 reporter Sam Ford was near the Kendall Baptist Church Tuesday afternoon when he and the photojournalist he was with heard a crash, then screaming.

As they turned and looked at the intersection and Southern and Branch Avenue, SE, they saw a greenish Chevrolet Tahoe hitting a black Lincoln Town Car.

One woman screamed about kids being in the Town Car. The Tahoe then did a U-turn and fled the scene. A man got out of the Town Car arguing with a person on the street and immediately the ABC7 crew members heard a shot ring out. The two men then started struggling on the ground in the middle of Southern Avenue for control of the weapon. Soon, two women joined the fray, on top of the men trying to gain control of the Taurus 9mm pistol.

Our exclusive video shows the man who does not have control of the gun, remove the clip and pocket it.

At that point, a plain clothes, off-duty Special Police Officer got out of his unmarked car with his weapon, and told the man who had dropped the gun to get on the ground. In minutes, more than a dozen Prince George's and D.C. police officers were on the scene.

Police took both men away in handcuffs. Christopher Jerome Davis, Jr. and Gary Campbell were both charged with simple assault. One was also charged with carrying a pistol without a license. (See the police report below.)

Fortunately, no one was hurt. About 10 children were in the Town Car at the time of the accident.

Scroll down to watch the full video.