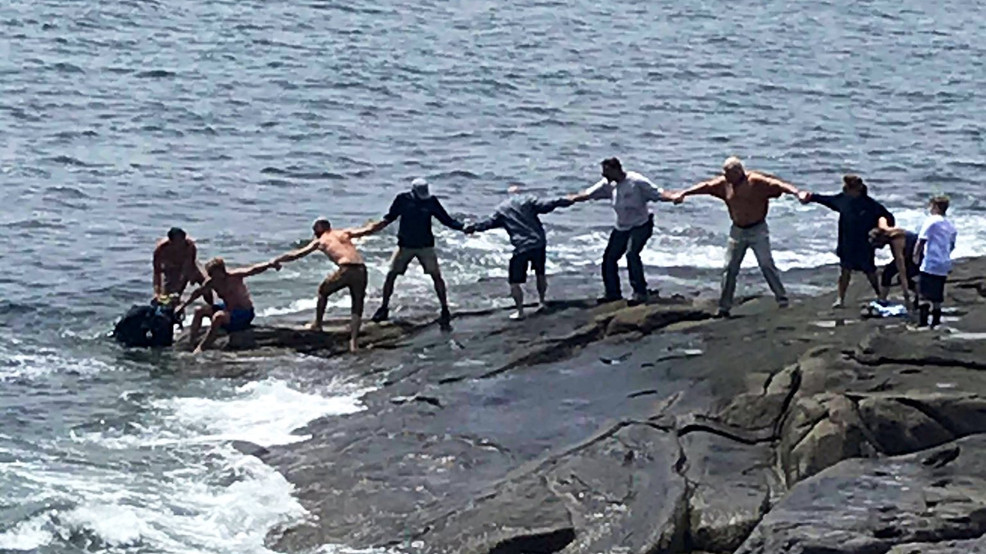 A York town employee jumped into the water near Nubble Light to save a diver from drowning Monday. (Lois Griswold)

YORK, Maine (WGME) – A York town employee jumped into the water near Nubble Light to save a diver from drowning Monday.

Ryan Coite is a foreman at York’s parks and recreation department. He was on a routine check of the lighthouse Monday morning when he saw someone struggling in the water.

“I jumped in the water and swam out to him and side-stroked him in, trying to keep his head above water,” Coite said. “I kind of circled around him once, then grabbed his air tank and just pulled him in with the side stroke.”

Lois Griswold was on her morning walk to Nubble Lighthouse when she watched it all happen.

“I was just praying that they would find him and get him before he drowned,” Griswold said.

Back on shore, about 10 people formed a human chain to pull both Coite and the diver to shore.

“One person couldn’t have gotten him in, but 10 people did,” Griswold said.

“The guy was exhausted, dead weight, so having the extra help getting him on shore, I thank everybody for that,” Coite said.

Lieutenant John Lizanecz at the York Police Department says people have died in these waters before.

“Ryan didn’t hesitate at all, he definitely is a hero for what he did,” Lizanecz said.

“It gives you a lot of faith in humanity, that people are willing to help other people,” Griswold said.

The York Police Department will be nominating the man for an award.