Young Hartford entrepreneur brings community together with a cup of lemonade 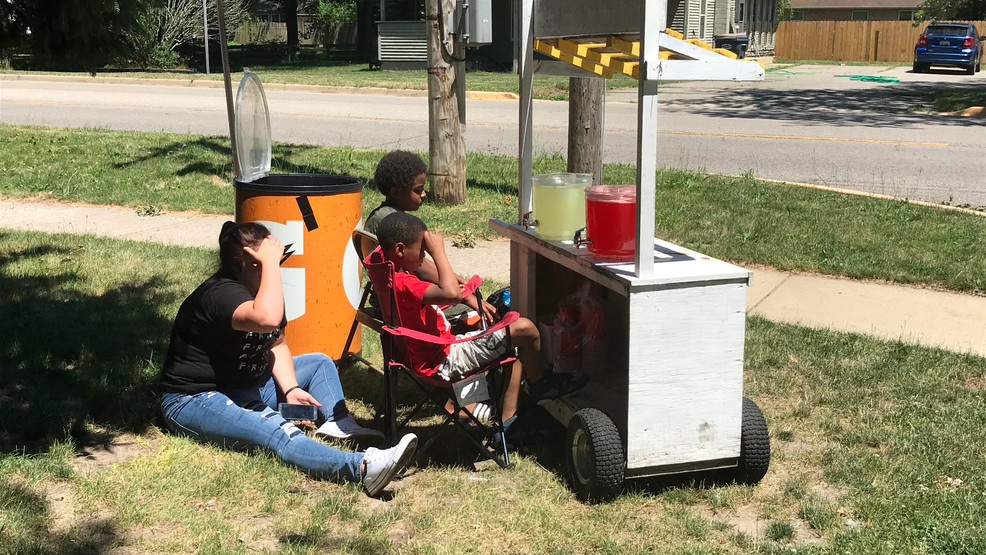 The lemonade stand seems like something you would normally see in a small town, but this stand is bridging a gap. Jon Jon and his family are one of the few handful of black families in the the predominately white town. (WWMT/Tarvarious Haywood)

After George Floyd’s death at the hands of a Minneapolis police officer, racial tensions have surged all over the across the county and a young Hartford entrepreneur found a way to bring everyone together, one cup of lemonade at time.

Johnathan Covington, or Jon Jon, is 9-years-old and has a lemonade stand called Jon Jon's Lemonade Stand. He sits on the corner of South Center Street and Beachwood Street right off Interstate 94 in Hartford almost every day. The lemonade stand seems like something you would normally see in a small town, but this stand is bridging a gap. Jon Jon and his family are one of the few Black families in the predominately white town.

Nancy Covington, Jon Jon’s mother, said when they first moved to Hartford, they experienced a lot of racial tension, something she said her children unfortunately understood but knew wasn’t right.

“We had a couple of issue with the n-word from a couple of kids and with the older generation. You know that they have been taught. They don’t just grow up like this because kids don’t see color, all they see is who is good to them,” said Nancy.

She and her husband wanted to escape their troubled past and didn’t want it to follow them. So, they packed up and moved to Hartford for a new beginning.

She found a job and so did her husband, and they were able to buy a house in a new city. One day after work she found out that a neighbor gave Jon Jon and his cousins lemons.

“They had my tables out here, chairs out here all my furniture, I said, 'What are y’all doing,'” said Nancy.

They were selling lemonade.

Not to long after, a member of the community donated a lemonade stand after seeing him out selling lemonade in the summer of 2019.

“It makes me feel happy and special when people come and stop by and some people even give me tips,” said Jon Jon.

Nancy said since the opening of the lemonade stand, that racial gap was slowly closing.

Jon Jon said his goal was to just be a good businessman and sell great lemonade.

He said it’s not about race and no matter what your skin color is you will always be treated with respect when you come to Jon Jon’s Lemonade Stand.

He hopes a cup of lemonade can change the world one sip at time.

“I don’t go by the skin. I go by people that are supportive and they love me,” said Jon Jon.

If you want to donate or get a cup of lemonade you can at his Facebook page.