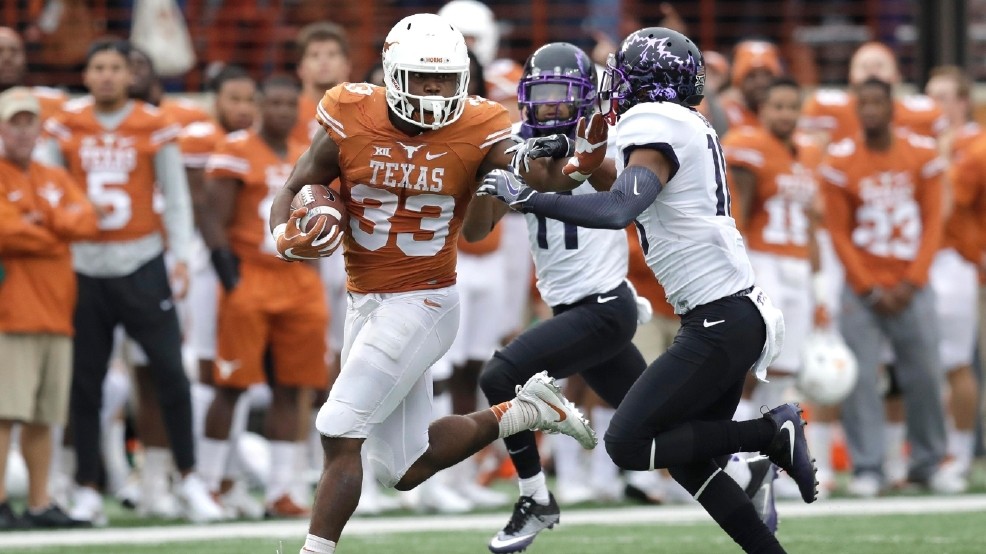 AUSTIN, Texas (AP) — Texas running back D'Onta Foreman says he will leave the Longhorns to enter the NFL draft after rushing for 2,028 yards this season as a junior.

Foreman announced his decision Wednesday. His rushing total in 11 games was the second-best in school history, behind only Ricky Williams in 1998 when he won the Heisman Trophy. Foreman is a finalist for the Doak Walker Award given to the nation's top running back.

Foreman also set a school record with 13 consecutive 100-yard games dating to the 2015 season. His career-best was a 341-yard effort against Texas Tech.

Copyright 2016 The Associated Press. All rights reserved. This material may not be published, broadcast, rewritten or redistributed.