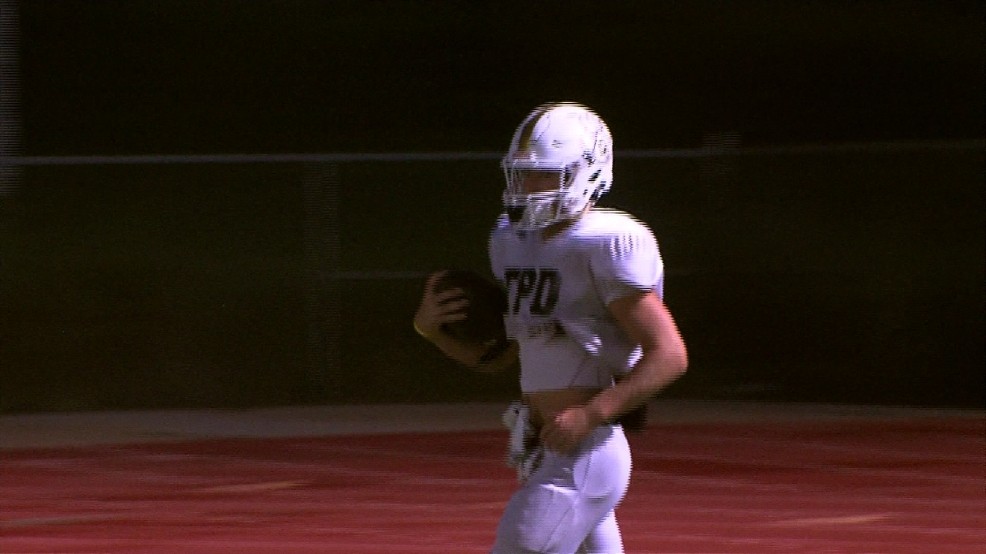 After three long years Teo Brinckmann beat cancer. It's something he doesn't want any child to go through. But if they have to face that battle, Teo doesn't want them to do it alone. (CBS Austin)

The Dripping Springs Tigers motto is TPD. You see it on their jerseys. It stands for Trust, Passion and Discipline. But, this team also plays with a lot of H or Heart, especially Teo Brinckmann.

"He's a kid who has a heart for what other people are going through because he's been through a lot," Head Coach Galen Zimmerman said.

Ironically, and sadly, Teo's battle started on a day when we celebrate hearts.

"Day surgeries and things like that I do remember," Teo said. "I know that I've gone through a lot."

He was known as "Teoboy" and became the poster child for the blood center. After three long years Teo beat the cancer.

"I'm a counselor at a camp for cancer survivors and kids with cancer," Teo said.

Every summer Teo volunteers at that camp and this summer was especially memorable.

"Like seven of the eight were still going though chemo and they look up to you because they know you've been through, what they're going through and you know you can give them hope," Teo said.

There's that H again, Hope. Hope and Heart. Maybe Coach Zimmerman will have to print up new jerseys.