END OF AN ERA: Matt Bonner announces retirement in the most 'Matt Bonner' way 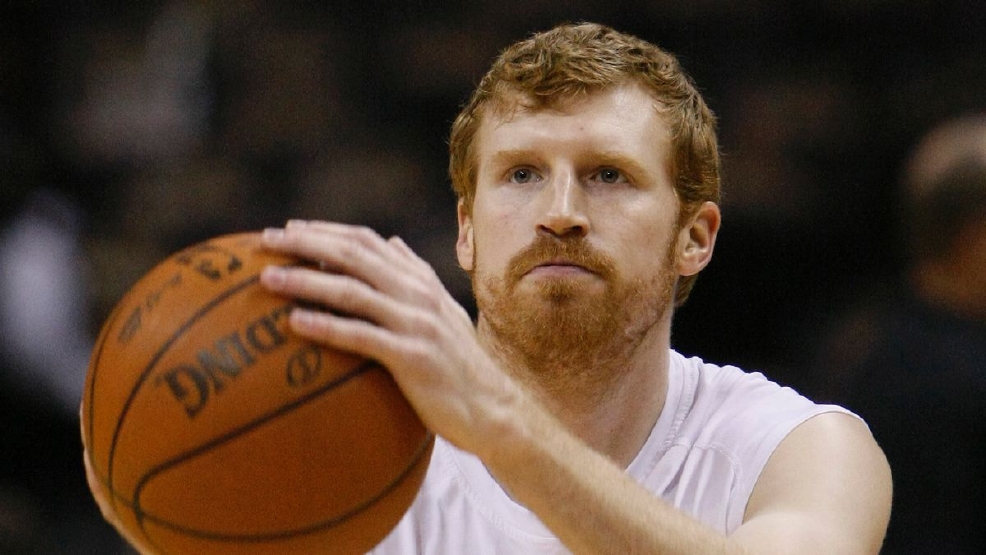 Bonner announced his retirement from professional basketball on the Players Tribune Friday with a minimal words and one epic video.

Showcasing his wonderful sense of humor, Matty's retirement video has him eating a sandwich before the his press conference to an empty auditorium, and thanking everyone as he sails off into the sunset wearing the Spurs uniform

Here is what Bonner had to say:

Today, I’m announcing my retirement from the NBA. Thank you to everyone who supported this humble redheaded role player through the years. I loved every team I played for and every city I lived in.

Staying true to myself, I made this mildly humorous video. Unless a professional “spot shooting” league miraculously crops up, I hope you will continue the support for whatever comes for me after basketball.

Best known for his 3-point shooting, Matty became a fan-favorite with his witty sense of humor.

Case in point his "Sandwich Hunter" series and "Coach B" series.

But don't fret too much Spurs fans. Bonner may be retired from the NBA but that doesn't mean he is leaving San Antonio.

The Spurs announced Bonner will be the new Spurs TV basketball analyst and will make his debut for the upcoming game against the Bucks.

The San Antonio Spurs announced today that former Spurs forward Matt Bonner will join the TV broadcast team as a studio analyst. Bonner will team up with Andrew Monaco in the studio for all Spurs produced home broadcasts and select road contests. The Spurs host the Milwaukee Bucks at the AT&T Center on Tuesday, Jan. 10 and Bonner will make his Spurs TV debut on FOX Sports Southwest’s “Spurs Live” pre-game show at 7 p.m.

In addition to his pre and post-game show duties, the two-time NBA Champion will have a presence on Spurs digital properties and contribute his expertise to select Austin Spurs (NBA Development League) and San Antonio Stars (WNBA) TV broadcasts. Fans can now follow Bonner on Twitter (@MattBonner_SAS) for his unique insight on all things Silver and Black.

Thanks for the memories on the court Matt. Now for new ones behind the mic for Spurs games.