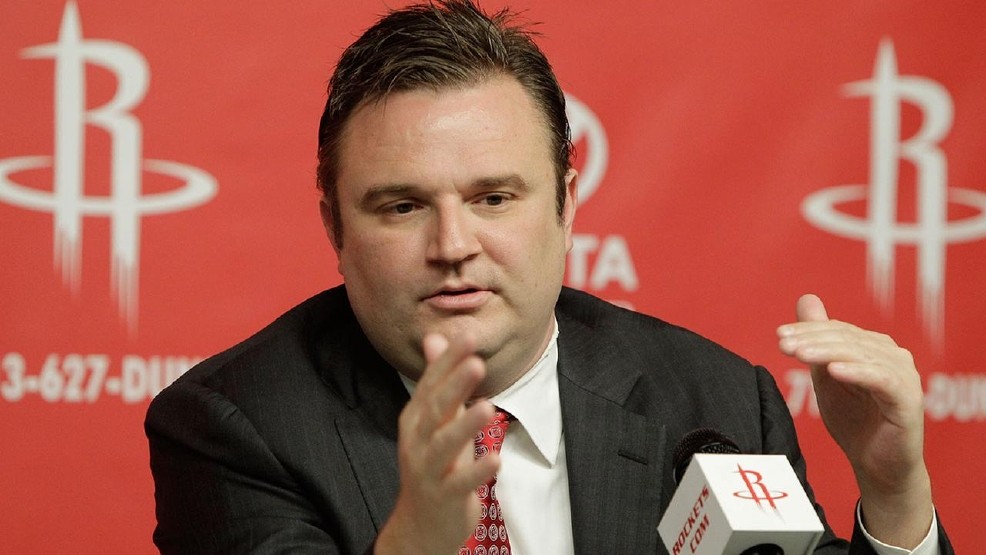 Morey believes by adding Williams’ three-point marksmanship to an already potent offense led by James Harden and Eric Gordon, that his team has a shooter’s chance of defeating the Warriors.

“We want to win the title and obviously that’s probably going through the Warriors at some point and we absolutely figured that the only way to beat them is with a barrage with three pointers and it’s probably going to be a 124-120 affair if we’re going to get past them.”

The jury is still out if Lou Williams will pay dividends for the Rockets, but is Morey on to something here?

The Warriors are simply a juggernaut. Their offense ranks among the best in the NBA and their defense is vastly improved. Now with Kevin Durant added to an already loaded Warriors team, opposing teams will find it difficult to beat them in the postseason.

But giving the Warriors a dose of their own medicine might work. Denver recently proved this by nailing 24 3s in a 132-110 win over the Warriors.

This begs the question - should the San Antonio Spurs maybe take note of the hype train in Houston and possibly sign another shooter before playoffs come around?

They boast marksmen already with Danny Green, Patty Mills, Davis Bertans, Kawhi Leonard and crew but should the Spurs fight fire with fire? Or simply stick to hard-nosed defense to take down the defending West Champs?

Let’s hear your responses Spurs fans on Twitter at @Machen55.