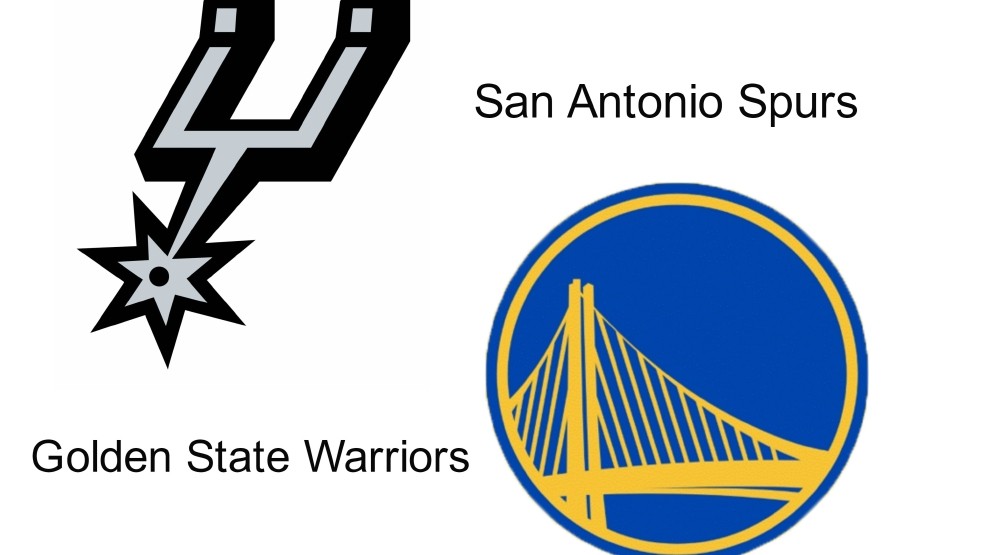 The Western Conference Finals are set and the San Antonio Spurs and Golden State Warriors will battle for a chance to advance to the NBA Finals.

But before these two titans of the hardwood tipoff, let's rewind the clock and take a look back at their meetings during the regular-season.

The Spurs and Warriors met three times where San Antonio took the series 2-1.

The first game was the start of the 2016-17 NBA season where San Antonio went into Oracle Arena and smacked the Warriors with a 129-100 win. The Spurs closed out the first quarter on an 8-0 run and never looked back. The Spurs lead by as many as 29 spoiling the debut as a Warrior, Kevin Durant, who finished with a team-high 27 points, 10 rebounds, four assists, two steals and two blocks. Draymond Green finished with 18 points and a team-high 12 boards. Stephen Curry had 26 points and Klay Thompson added 11 points. Kawhi Leonard had 35 points and Jonathon Simmons had 20 points off the bench.

Stephen Curry had 29 points, Klay Thompson added 23 and ex-Spur David West had a season-high 15 points as the Warriors overcame a second-quarter 22-point deficit to defeat the Spurs. The Spurs jumped out to a 15-0 lead and led, 57-54, at the half. However, Golden State outscored the Spurs, 30-20, in the third quarter to take an 84-77 lead into the fourth. Kawhi Leonard led the Spurs with 19 points.

During three regular season games, here is how San Antonio and Golden State matched up with one another

Both teams have definitely changed from October 25. For San Antonio, Tony Parker saw his season end, Warriors coach Steve Kerr won't be on the sidelines due to health concerns and ex-Spurs assistant coach Mike Brown is leading Golden State.

Though the regular-season series is no outlook on what will happen when the Western Conference Finals kicks off, but one thing is for sure - these two teams still haven't faced each other at full strength which is making this one intriguing series.

Heading into this series, the Warriors swept their first two opponents in this years playoffs and have had the time to rest up and heal any nagging injuries. On the San Antonio front, there is a quick turnaround, but they are coming off of a Game 6 in which they possibly played their best game of the entire playoffs and without their best player, Kawhi Leonard.

The two teams that were top of the Western Conference all year will finally go head-to-head. The Warriors do have home-court throughout the playoffs but San Antonio has shown they can win on the road.

Will youth win out or will experience pay off? We'll soon find out.